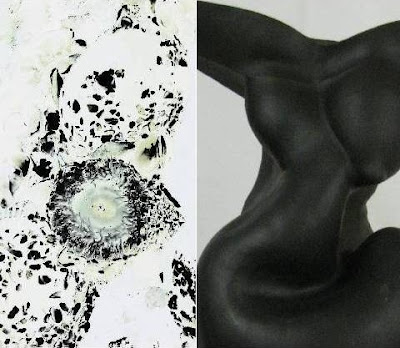 Gallery Le Rouge invites you to a night of 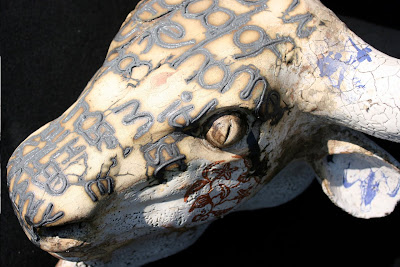 The artworks were selected from a national call for submissions, with artworks collected at thirteen selection centres across South Africa. The final exhibition was chosen from over 2,700 entries, which represents an increase of 10% on the submissions received for the Spier Contemporary 2007/8. The selection was made in November and December 2009 by a curatorial team of five local and continental industry professionals.

Work has begun on the Cape Town City Hall, where the first leg of the Exhibition will be held. The Spier Contemporary has commissioned architect Nabeel Essa to design the exhibition. Nabeel’s vision is to contrast the contemporary nature of the artworks against the historic grandeur of the Edwardian building.

Ceramist Nikki Swanepoel was is one of the Finalists. "Well it was a huge surprise, one could enter 5 pieces and I entered 4, including a selection of my best cattle heads (and one horse) of the past year or so (since the National in 2008). I thought the collection of heads would be too figurative for a progressive show like this, and would probably not be selected, but as these particular heads showed some of my most experimental and successful surfaces (I think), I though, what the heck, enter them. And, to my surprise, the installation with heads named "Rydiere" was selected. The second entry that reached the final is a group of four skulls I call "the First Family". All four pieces made the semi-final stage of the selections, which I was chuffed with already, so I was really happy that 2 of the 4 made the finals. Opening on 13 March in the Town Hall - it should be a special event as the Town hall is beautifual but has fallen into disuse, and is being reveived especailly for this." says Swanepoel.
Posted by Deon at 11:33 AM 1 comment: